The collaboration that developed between the Guido Herszage & Amit Sternberg architectural office and the French Isabelle Stanislaus led to 200 sq.m on one of the highest floors of the prestigious Herbert Samuel 10 project, facing the Tel Aviv Dolphinarium. The prestigious apartment was designed for a couple with children - with wide openings towards the sea - that allow entry of a spectacular view into the interior spaces.

The conceptual line led by Herszage and Stanislaus dictated material restraint, minimal use of raw materials and the use of quiet and elegant color, an approach that emphasized the use of Esmeralda and Thassos stone, which was chosen for the paving and cladding of domestic interiors and bathroom areas.

The apartment as a whole is paved in the same stone, including the veranda and the bathroom unit that was also constructed of the same stone. Thassos was chosen as cladding for the bathroom, a classical choice. The marble stone is smooth to the touch, with powerful yet graceful and refined veins, that contrasts with the Esmeralda received with slightly rough and lumpy processing. Said contrast, says Guido, creates interest and the necessary balance. The apartment's walls remained clean to serve as a background for selected artworks and a library that is a well-known designer's iconic piece. Furnishings were all custom-made and imported from Paris. 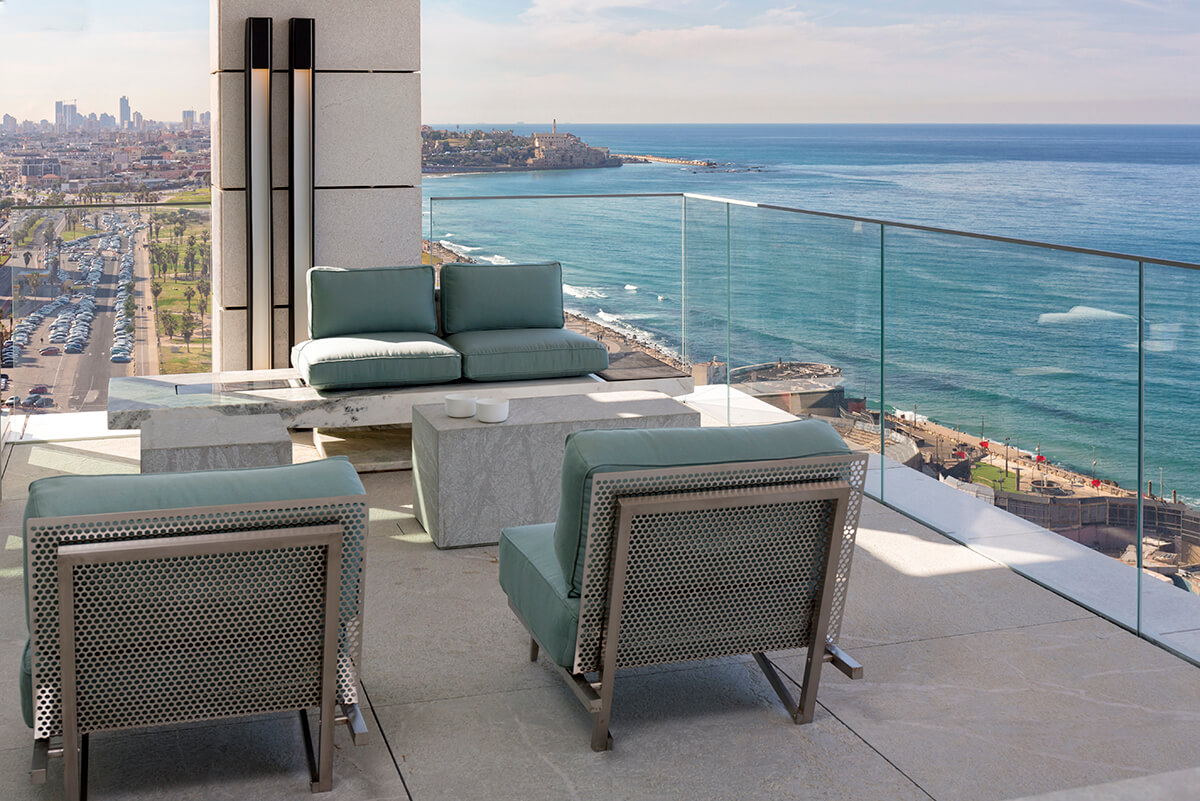 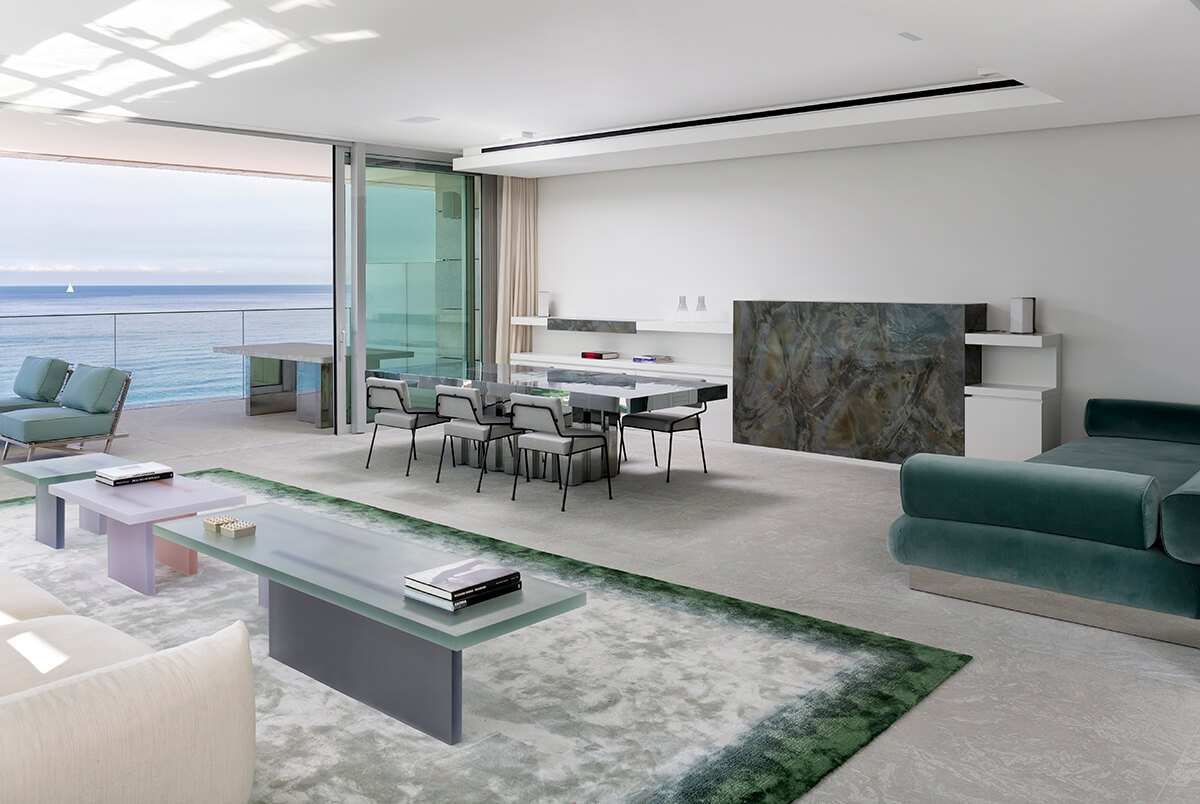 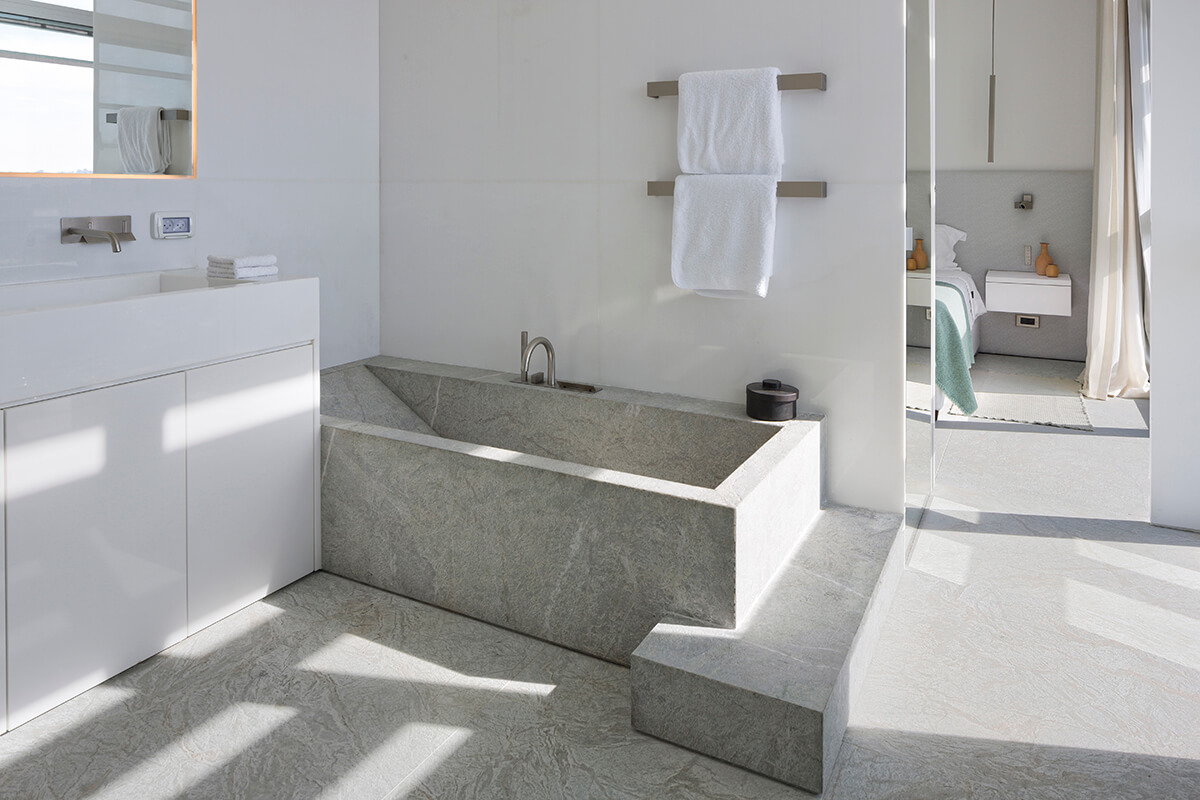 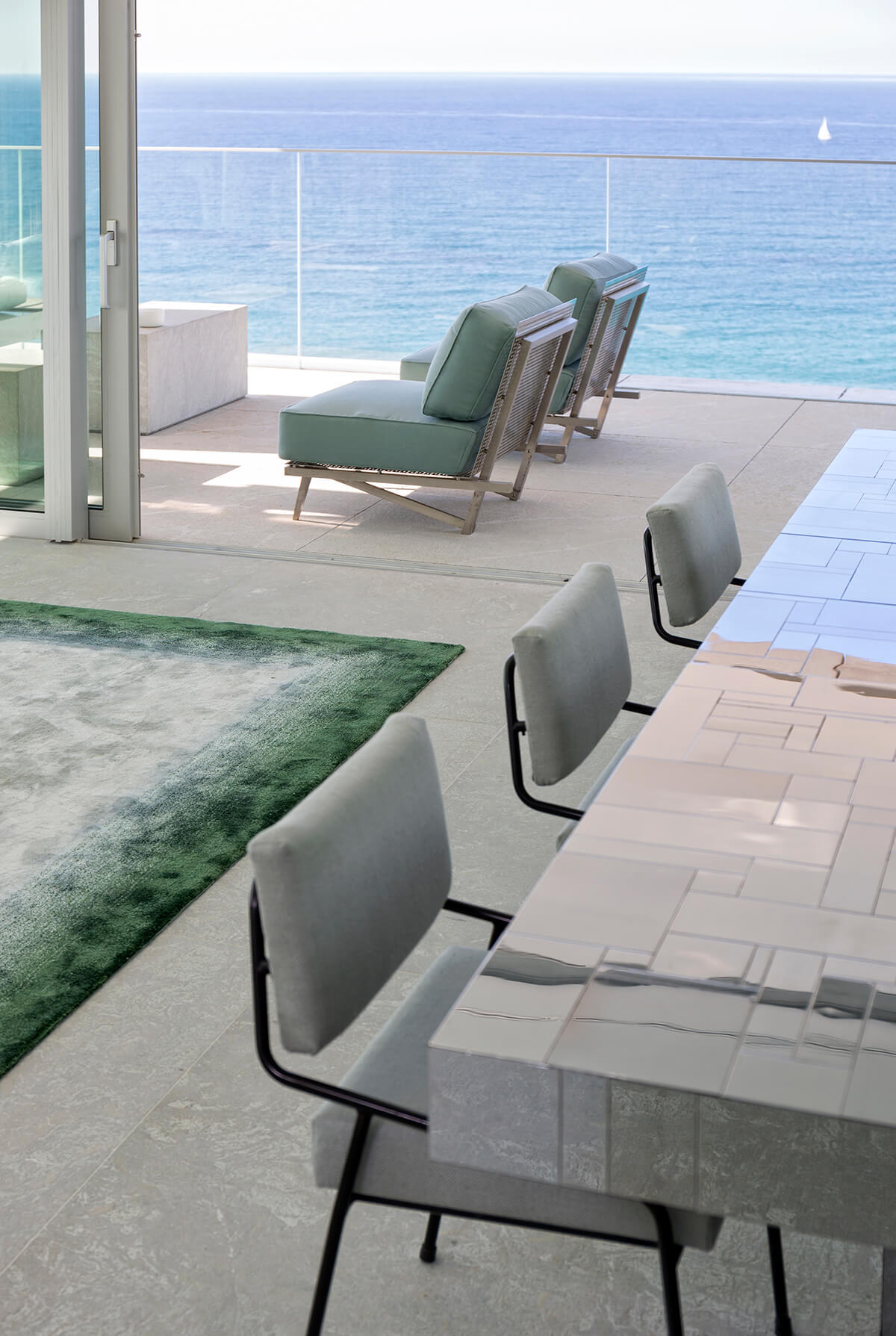 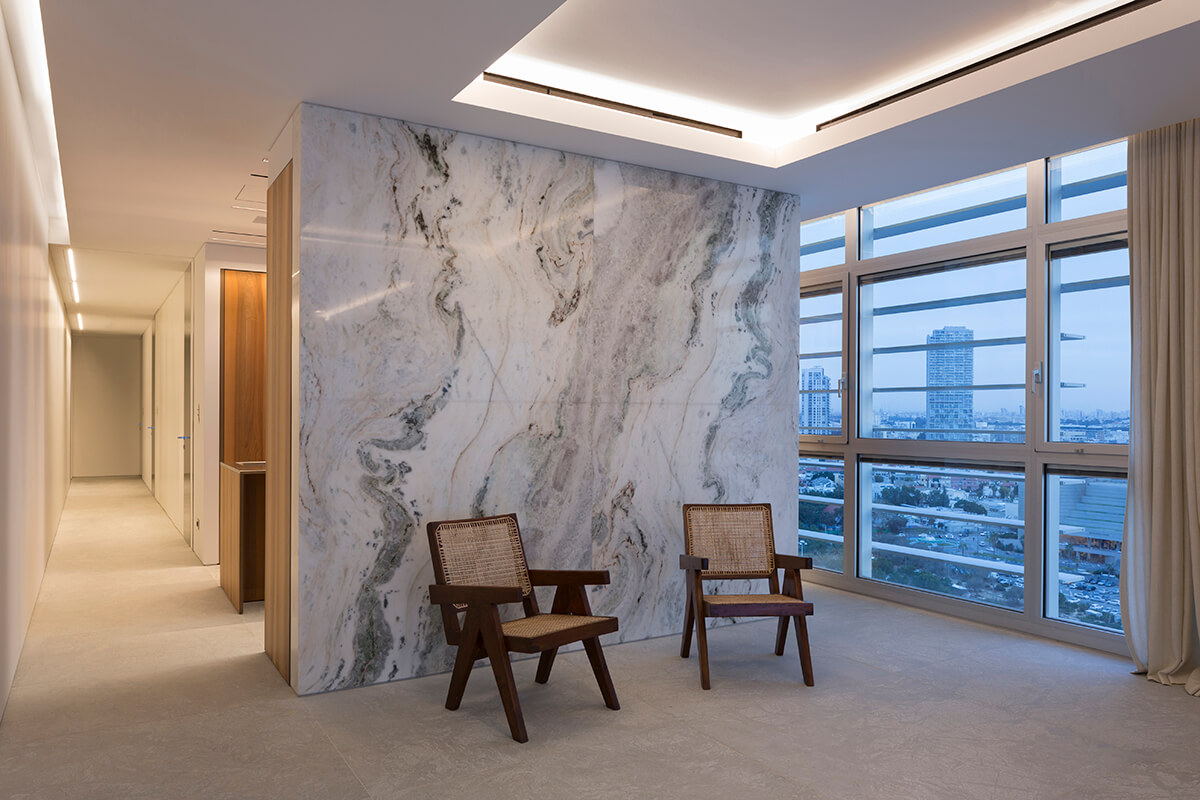 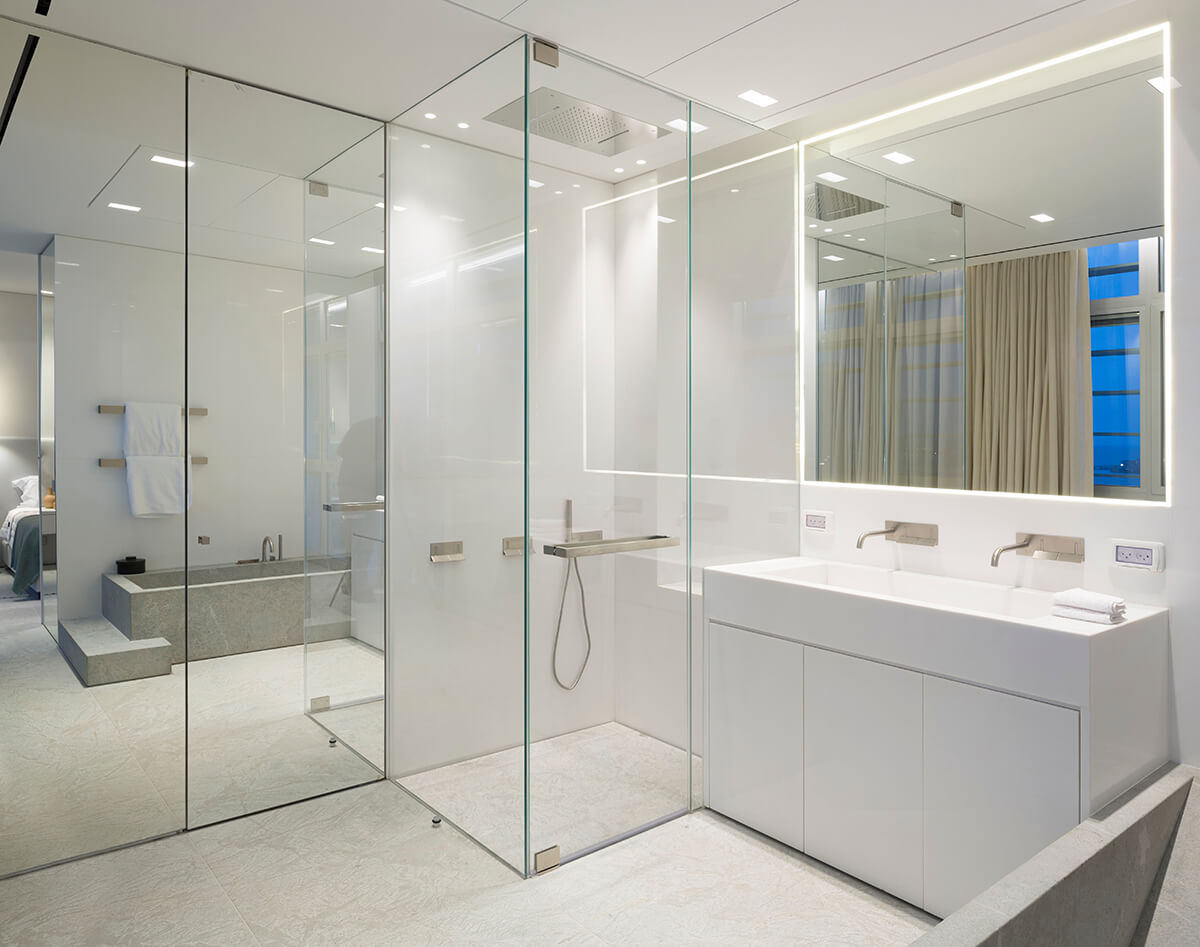 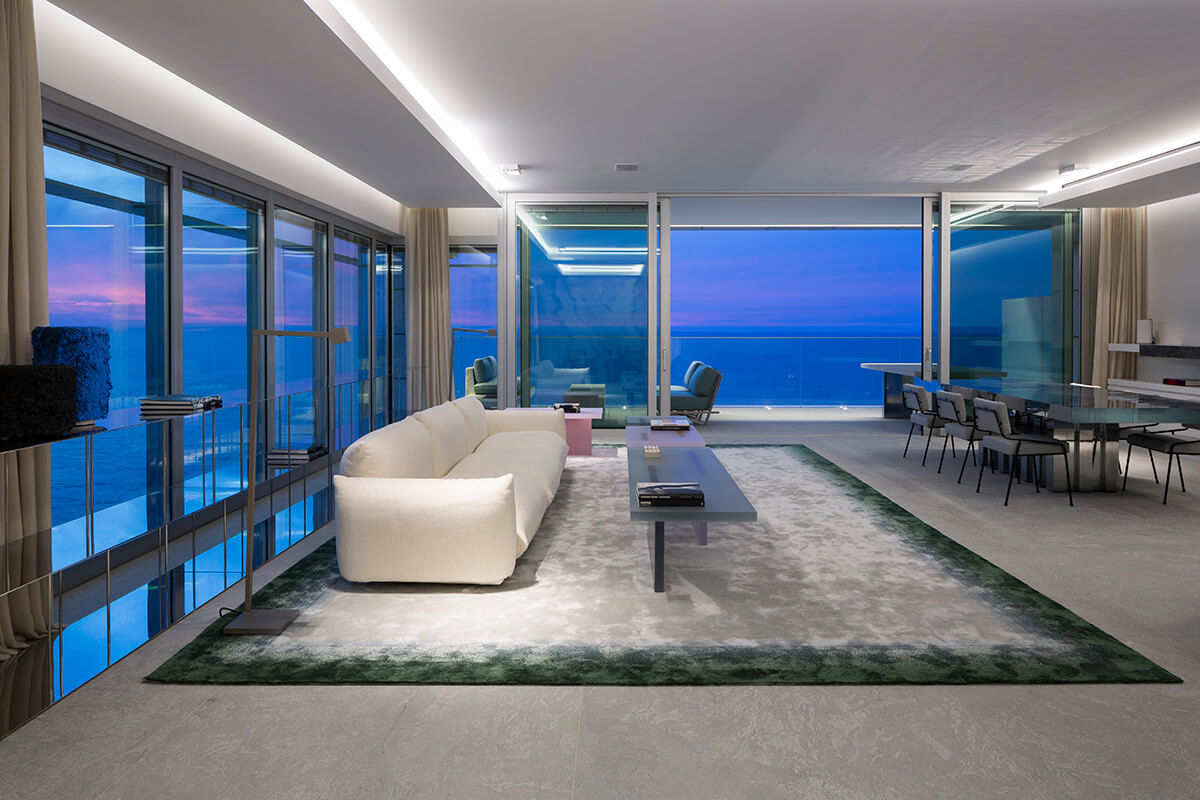 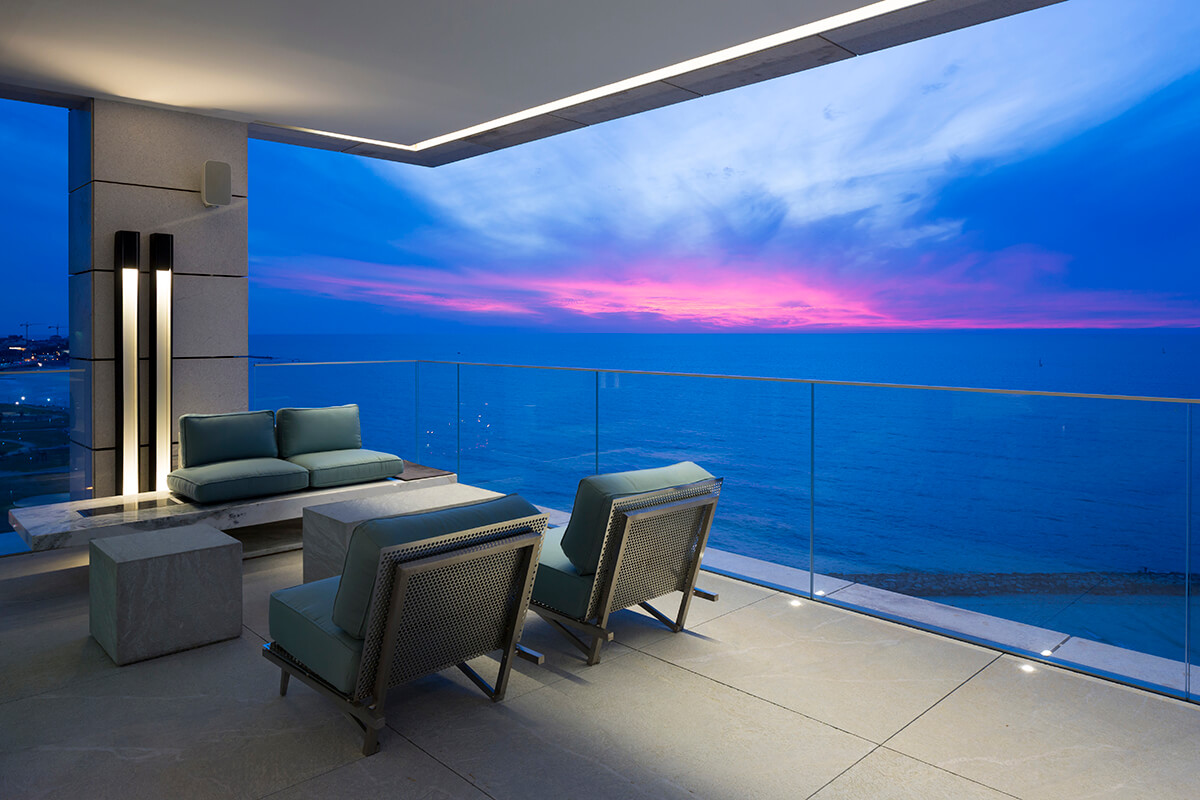 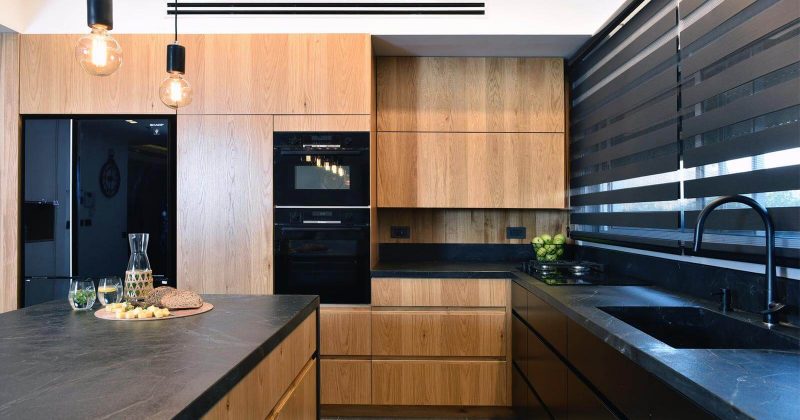 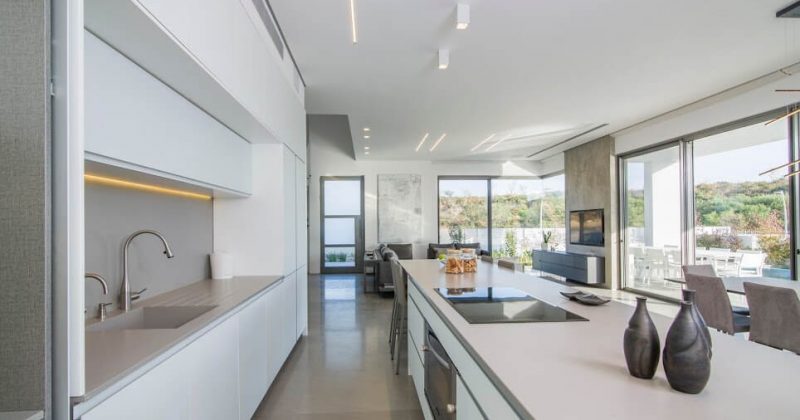 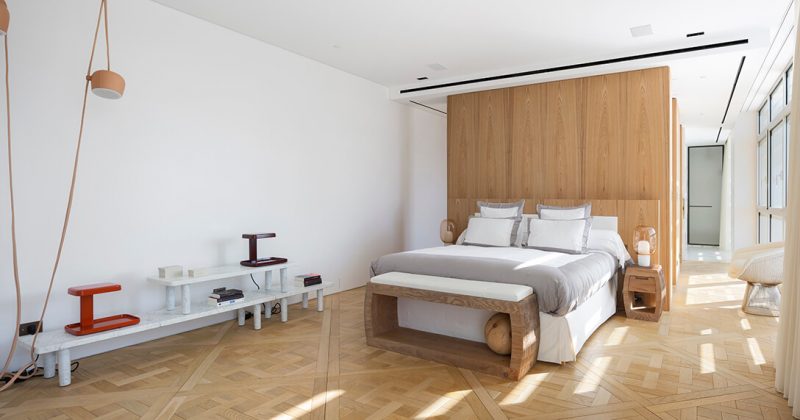 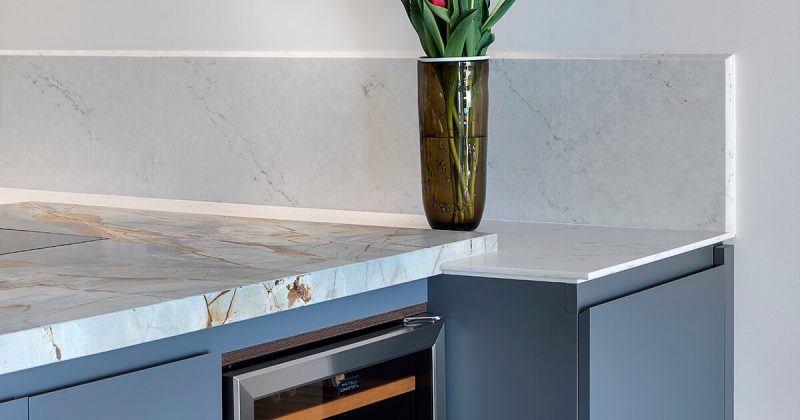 Kitchen with Integration of Natural Stone and Quartz 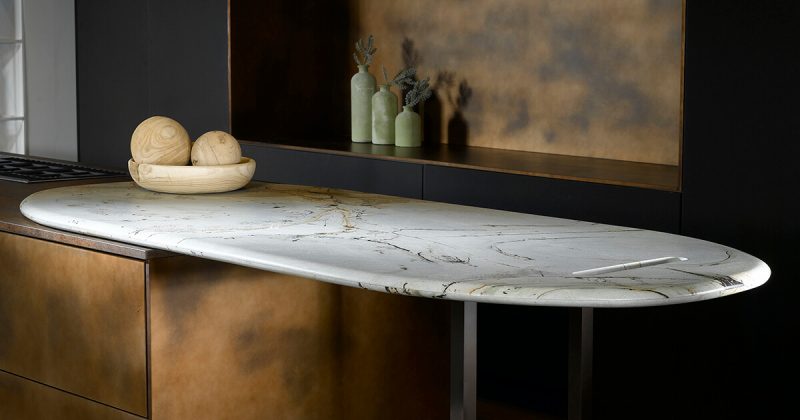